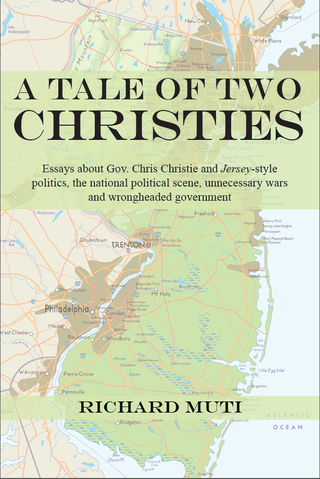 A Tale of Two Christies

No politician, regardless of political party, or government policy is safe from the author's scrutiny, but those mired in the usual hypocrisy of the public arena are particular targets: Sarah Palin, Rush Limbaugh, the National Rifle Association and the Tea Party get special attention, but so do liberals beholden to special interest groups on the Left.

Gov. Christie, whom the author has dubbed "The New Colossus of Trenton," not for his physical size but for the way he has domina-ted national as well as Jersey politics, has a whole section devoted to him and his in-your-face style of government. In the end, the author comes down on the side of a "yes" vote for Christie, but only after pointing out serious flaws the governor has exhibited in his Cinderella-like rise to national prominence.

This work, which is available as an eBook only, is an abridged version of Essays for my Father.