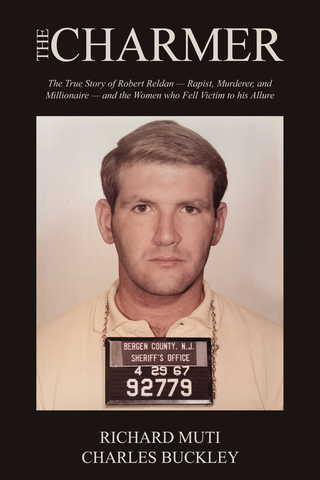 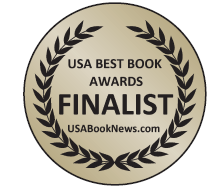 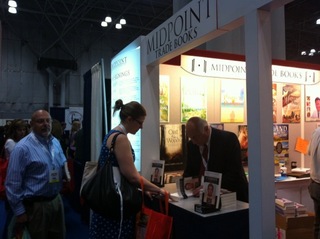 True Crime fans at BEA line up for a signed copy of The Charmer. 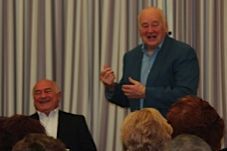 Co-authors Richard Muti and Charles Buckley having some fun during one of their book lectures for The Charmer. The two men spoke to hundreds of True Crime enthusiasts at more than 30 venues in the course of an eight-month book tour.

The Charmer: The True Story of Robert Reldan--Rapist, Murderer, and Millionaire--and the Women who Fell Victim to his Allure

Serial rapist/murderer Robert Reldan, a handsome, personable charmer of the Ted Bundy mold, had an engaging, friendly smile, a smile that promised a charming personality and inspired trust. A smile that would, over the next 20 years, cause a dozen unsuspecting women to drop their guard and place themselves under the power of one of New Jersey's most ruthless criminals.

Two of those women (Susan Heynes, a nurse, and Susan Reeve, a recent college graduate) achieved unwanted fame as victims in what one newspaper would call "the Susan strangulations." Both were abducted within days of each other, Heynes from her New Jersey home and Reeve after getting off a commuter bus. Their nude and battered bodies were soon discovered, also within days of each other. Each had been strangled with her own pantyhose.

While in prison awaiting trial for the Susan murders, Reldan tried to hire a hit man to kill his wealthy aunt, from whom he hoped to inherit money to retain a top criminal defense attorney. A jail-house snitch ratted on Reldan, and authorities were able to substitute an undercover cop as the putative hit man.

In an ironic twist of fate, Reldan, while serving life plus 30 years for the Heynes and Reeve murders, would become, briefly, the wealthiest lifer in the prison system. The aunt he'd tried to have killed, still charmed by her beloved nephew and never believing he'd plotted to murder her, left him an $8.9 million trust fund when she died in 2007. Arthur Reeve, father of victim Susan Reeve, would go after Reldan in the courts and, eventually, deprive him of his inheritance.

Reviews for The Charmer have been remarkable:

"One of the best in-depth examinations of the criminal mind I have ever read." (Vincent Bugliosi, prosecutor of Charles Manson and author of Helter Skelter)

"The book could read like sociology. It does not. It is almost Dreiser-esque." (Ken Auletta, best selling author and columnist for The New Yorker)

"The Charmer is definitely one of the 'must read' books for 2012." (True Crime Book Reviews)

"Muti and Buckley provide page-turning prose that makes this a must read." (Blink on Crime.com, September 6, 2012)

Selected by the NJ State Library as an audio book for the blind and reading impaired.