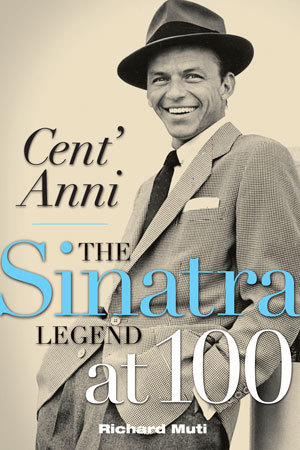 Cent'Anni: The Sinatra Legend at 100

As a boy, Frank Sinatra most likely rode the wooden Cyclone roller coaster at Palisades Amusement Park in Fort Lee and Cliffside Park—his mother was a political force in Hoboken and got him and his friends free passes. The ride started off with a slow climb to the heights, followed by a deep plunge and then a series of ups and downs, jerks and twists—some that riders could anticipate, others that they couldn't—until finally rolling out to a full stop. The Cyclone would be a wonderful metaphor for the life and career of Frank Sinatra, except that many of Sinatra's downs, jerks and twists were of his own making. The ups were of his own making, too, built upon incomparable talent and an attitude that was pure, unadulterated Jersey boy. "Cent' Anni: The Sinatra Legend at 100" tells that story from a unique perspective. Author Richard Muti is a former career prosecutor, trained in uncovering evidence, analyzing it, making reasonable and logical judgments from it, and then laying it all out in a compelling narrative for juries. He does the same for readers in this, his sixth book.